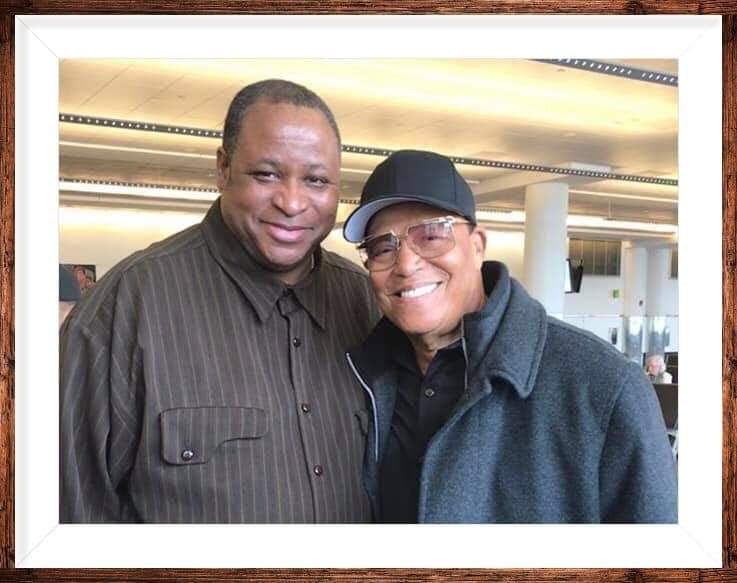 IN THE NAME OF ALLAH, THE BENEFICENT, THE MERCIFUL.

This is an official statement from the Honorable Minister Louis Farrakhan on the passing of Nation of Islam   Eastern Regional Student Minister Abdul Hafeez Muhammad, who departed this life on April 11, 2020 in New York.

Words are inadequate to express the pain, the shock, the turbulent thought processes that the passing of Brother Abdul Hafeez Muhammad has stirred in me, in my family, in his family and the members of Mosque Number 7 and in the Nation in general.

It is not an accident that we are one year from my speaking to the joy of some and the chagrin of others at the Staples Center celebrating the life, the work and the passing of Ermias Asghedom known to the world as Nipsey Hussle.

The death of Brother Abdul Hafeez has affected me like no other; like the passing of Kobe Bryant, that the shock of his passing sent me to Allah to try to grasp the meaning of his life, the meaning of his death and how it directly affects me and the Nation of Islam.

As my spirit was troubled at the passing of Nipsey Hussle, and my spirit further troubled by the passing of Kobe Bryant, I had to go to Allah to try to understand the significance of what time and circumstances has made us a part of.

As with Brother Kobe, I could not think more of the circumstances of his death than seeking the Author of his life, the meaning of his death. With the passing of Brother Hafeez, I could not look at the coronavirus, the means by which he left us; I wanted to know from Allah why him, why now, why from this disease that has plagued the planet? Why? So whenever I’m troubled like this I seek refuge in Allah to find answers. So I’m not quick to speak until I’m armed with more than the emotion of sadness and the surface understanding of the means by which he died. I must know from the Highest Authority why his death has affected me and us so deeply. What is the meaning of the message of his death?

I am praying and staying up through nights seeking that I might be able to understand more clearly God’s purpose for taking His servant at this time in this manner from this virus. As my spirit is troubled as I write these words, I will continue to seek the answer of Allah and be patient as the answer unfolds.

The fact that he died like the passing of the great pastor from Alabama Reverend Joseph Lowery and those who were affected by Joe Lowery and those who were affected by Brother Hafeez have no opportunity to express it at this time. But when the indignation of God has passed maybe then we can have a proper memorial service for him, and for some others who have passed that cannot have a proper burial at this time.

Do you know that in our prayers as Muslims when we say: ‘Surely my prayer, my sacrifice, my life and my death is all for Allah, the Lord of the Worlds,’ we live to be martyred for a cause bigger than our lives? So we live and die on our post. This is the kind of spiritual warrior that Brother Hafeez was and is, and we hope that we will follow him and die as we live; to die the death of the righteous.

May Allah Bless his wife and his family, his fellow Laborers in New York and throughout the Nation and the world. May we be comforted in our loss and may we be inspired by his life and jump up and make a faster pace in the liberation struggle of all our people.

I mourn with all who knew and loved him and I write to you as one of the mourners who seek the peace and contentment of mind that only Allah (God) can give when we surrender; that the life, the work, and the death of our brother is the Will of God. And we surrender and submit to God’s Will and enter now into peace.

Your Brother and Servant,

and the Lost Found Nation of Islam in the West